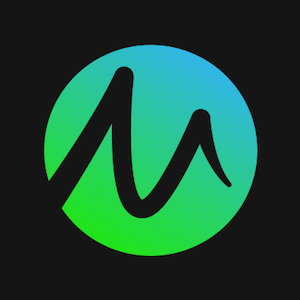 Increasingly integral to industry executives these days is Corporate Social Responsibility (CSR), and this is going to be explored in detail at the upcoming Safer Gambling Forum, which will form part of the CasinoBeats Summit in mid-September. Leading online casino software brand Microgaming, one of the summit sponsors, has CSR at the centre of its operations, with its pioneering and staff-led programme PlayItForward. One of PlayitForward’s current initiatives involves the staff of Microgaming participating in the 2019 Deloitte Ride Across Britain.

Described as an epic nine-day cycling challenge, Ride Across Britain involves cyclists riding 980 miles from Land’s End to John O’Groats. Each rider will have to pledge to raise a minimum of £2,200 as the team cycles its way towards the target number of £15,400 for charity.

A number of delegates will imminently be making the trip from Microgaming’s base on the Isle of Man, led by CEO John Coleman. He has a central role to play at the Summit from his position on the panel entitled ‘CSR: The key to sustainable gaming.’

Regarding Microgaming’s participation et al, Coleman extolled how delighted he was that they were able to sponsor the second CasinoBeats Summit, and added how much he was looking forward to speaking on the panel.

Microgaming’s PlayItForward programme is continuing to make a positive difference in communities around the world, and Coleman highlighted exactly where they were now with their commitments, focusing on the support of local and international charities, sustainability in the environment and responsible gambling, among others. He also said he was especially looking forward to hearing how others at the Summit are embracing positive and transformative change within their industry.

Joining Coleman on the panel on Thursday 19 September at 14:50 – 15:30 will be Yakir Firestane, Director of Digital at TheHealth Lottery, Lee Willows, founder and Chief Executive at YGAM, Jesper Karrbrink, Executive Chairman at Green Jade and David Flynn, CEO of Swintt, who will be on moderating duties.

Up to a thousand delegates will be welcomed to West London by CasinoBeats, from the 17 to 20 September.  The conference will be taking place at Olympia London. On offer will be four conference tracks as well as unrivalled networking opportunities, with as many as 200 online and land based casino operators, along with regulators, suppliers, marketers and payment companies present.

The exhibition floor will include a section dedicated to safer gambling, featuring stands from EPIC, GamCare, BetKnowMore, Mindway AI, GAMSTOP, GamBan and YGAM.